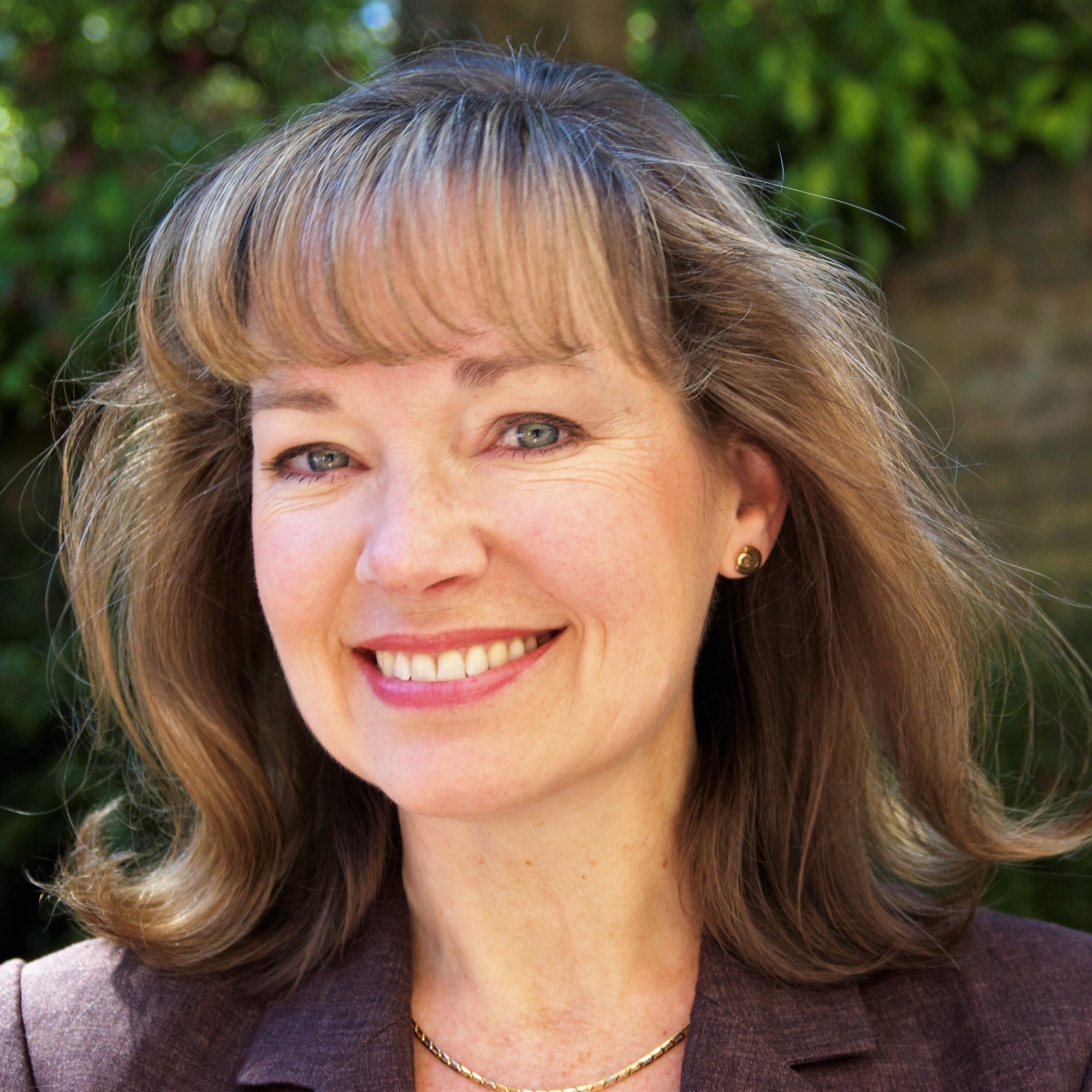 Joy joined the Centre for Scottish Public Policy in January 2009 and spun out Adopt an Intern (AAI) a year later. The company has since gone from strength to strength, placing over 1420 graduates and returners into valuable paid work cross-sector. She is determined to see the company flourish further with future funding and support to continue to support start ups in Scotland.

She served for 20 years in the Foreign and Commonwealth Office and has lived and worked in Brazil, Argentina and Germany. Joy also worked for many years in fashion retail where she recruited, trained and mentored sales managers, culminating in a successful business in Germany. 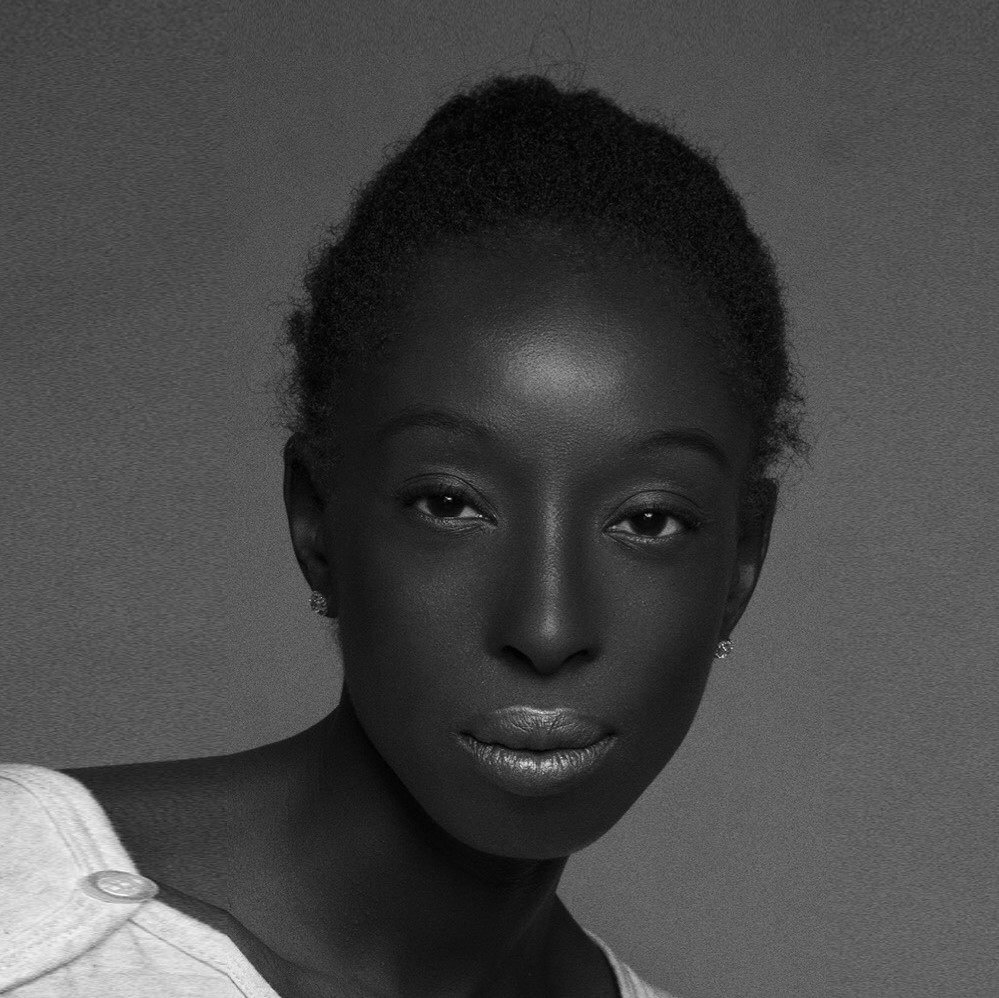 Our first contact with Scottish supermodel Eunice Olumide was as the keynote speaker for the Adopt an Intern Back to Work Project, supporting minority ethnic women returning to work after a career break.

Eunice built a rapport with the assembled women very quickly and used that connection to deliver appropriate messages around goal-setting, personal responsibility and how to achieve success that were in perfect synergy with the aims of our project.

Using her own experiences as a backdrop to illustrate these points, she struck a balance between her hard graft and the glamour of parts of her career. It made for fascinating listening.

Rather than turning up, speaking and leaving, which many headline speakers do, Eunice stayed until the last ladies had left, talking patiently and passionately with the many who wanted to seek her advice and opinion. Many confirmed how inspired they had been by Eunice's personal story and her attitude to challenge.

Professional, personable and engaging, Eunice delivered exactly what we had hoped for. Her association with the project greatly elevated the visibility of AAI in the national press and to her impressive social media following.

We were so delighted with the input that we invited her to become Patron of AAI.  Eunice accepted and we look forward to making an even bigger impact with her by our side.

Since accepting this position, we have continued to be impressed with Eunice’s dedication to supporting purpose-driven ventures across the UK.

We look forward to bringing her credibility, celebrity and enthusiasm for equality to upcoming projects around social mobility, philanthropy and socially-aware entrepreneurship. 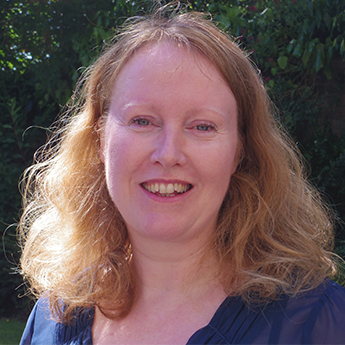 Jo Green was appointed as Chair of Adopt an Intern in July 2012.

She has a strong background in both the private and public sector, working on economic regeneration, and in the last few years has largely worked on delivering change in the public sector. This has included leading a major programme of change to support the Scottish Environment Protection Agency (SEPA) and the Scottish Government in reform of the planning system as well as leading a joint Scottish Government/SEPA programme to reform the approach to environmental regulation in Scotland. 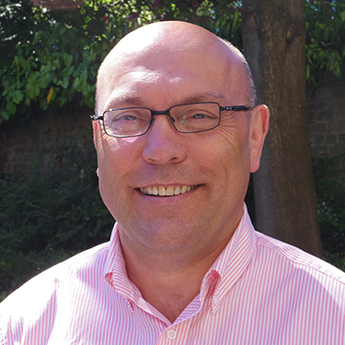 ROSS MARTIN, Advisor to the Board

Ross is the Chair of the Board of Trustees at Scottish Waterways Trust, working to strengthen Scotland’s economy through diversification and a focus on quality. Prior to this, Ross was Chief Executive of SCDI, and the Policy Director with the CSPP, and was part of the in house team that created Adopt an Intern.

Ross has a wealth of experience and knowledge ranging across the public, private and social sectors spanning over a quarter of a century, he is Adviser to Business Improvement Districts Scotland and has been engaged by a number of governments to assist their development of policies with which he has been intimately involved here in Scotland. 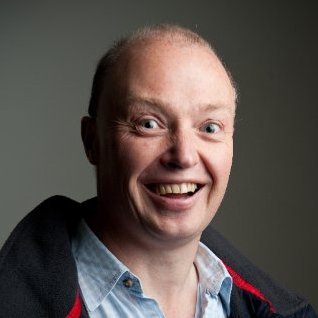 Gavin joined the Adopt an Intern Board in January 2016. He is the Managing Director at BCF Technology Ltd.

During his 14-year career in BCF, he and his team have maintained consistent year on year growth and created a fun and rewarding place to work. Gavin enjoys the daily challenge of change and improvement and is currently focused on the worldwide development of the business and product portfolio and the strategic leadership of BCF. He is also a founding member and trustee of Vet Charity Challenge Foundation, a foundation to create good and raise sponsorship for charities by pulling together the UK Veterinary Industry. 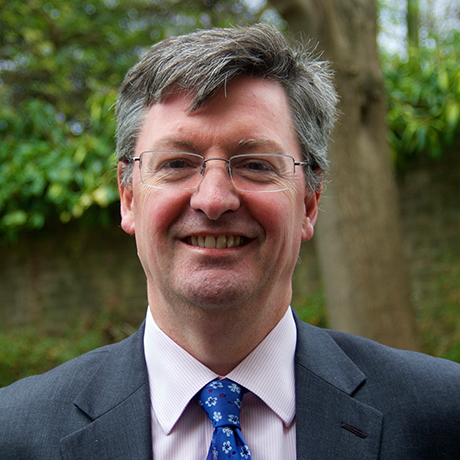 Stephen is Finance Director of Campbells Prime Meat Ltd, Scotland’s leading supplier of fresh meat, fresh fish and delicatessen products into the foodservice market. He is President of the Scottish League of Credit Unions, which is the trade association for community credit unions in Scotland and has managed a credit union in his home town since 1995. Among other non-executive posts, he sits on the Board of Adopt An Intern Ltd as the representative of the Centre for Scottish Public Policy Ltd (CSPP). 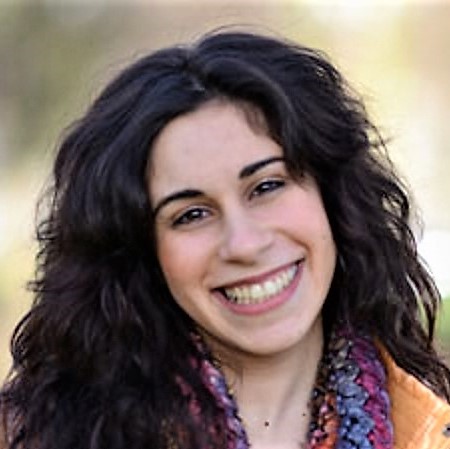 Zoi is the CoFounder and Operations Director at Fx Group which is a family of brands working collectively to build a better world through business, harnessing the power of entrepreneurs to tackle some of the world’s greatest challenges.

To date, the FX Group has taken on 3 graduates through AAI, and the teams share the values of ethical entrepreneurialism and opportunity.

Zoi’s dedication to socio-economic development is matched only by her passion and professionalism. She sits at the forefront of the movement to spread purpose-driven entrepreneurialism and fresh ideas into the Scottish ecosystem, and we're delighted to have Zoi represent Adopt an Intern as an ambassador. 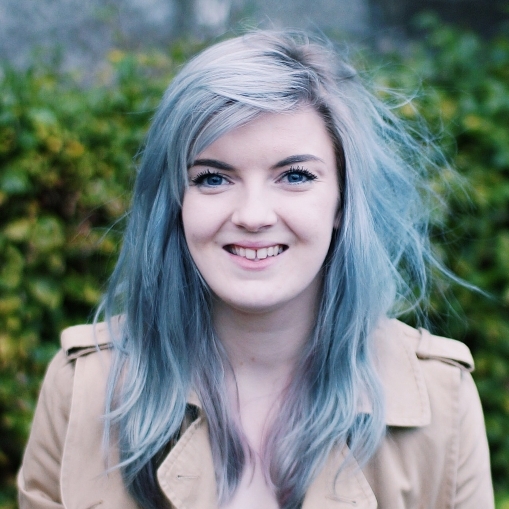 Jude’s enthusiasm for everything entrepreneurial is genuine and infectious! She is a natural people-person and as a former intern through AAI, Jude is a prime example of someone taking an opportunity and running with it.

Jude graduated in 2014 with a 2:1 degree in BA (Hons) Public Relations and Communications. After moving home and working in a cafe for six months, Jude successful got the role of Marketing and Communications intern at Scottish EDGE. The three-month internship was extended multiple times and Jude ended working at the company for a year before moving on to work with Entrepreneurial Scotland.

"Without AAI, I would never have had the amazing opportunity to work with Scottish EDGE and met so many inspiring startup businesses. Thanks to this opportunity I continue to work in the Entrepreneurial Eco-system, something I probably wouldn’t have done without them" 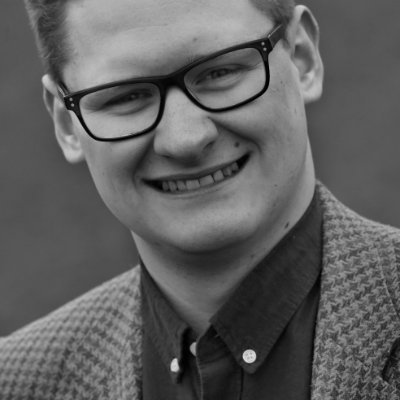 Scott became an AAI ambassador in June 2017. He is an innovative young entrepreneur who is the Managing Director of RoundDoor, Scotlands leading GrowthHacking company, and the Head of Marketing for the Scottish Business Network, connecting the Scottish business diaspora, globally.

Scott is a mainstay in the Scottish entrepreneurial ecosystem, passionate about start-ups, social enterprises, collaboration and business development. 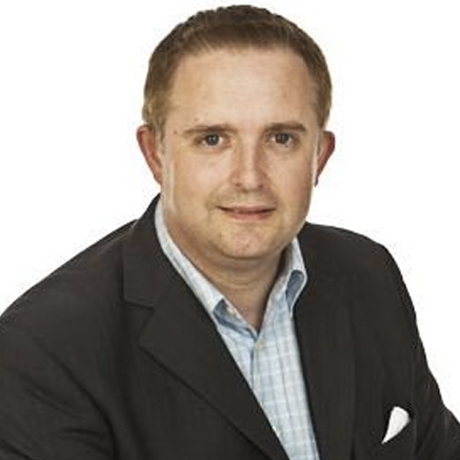 Colin was previously a professional services director at Percepta. While in this role Colin delivered vital support services to Percepta business including learning and development, business intelligence, project management, workforce planning, and business process. He was also the most senior technology advisor for the Europe and Asia Pacific region and combined these specialist areas to provide additional consultancy services to clients.

Since their first intake of graduates in 2011, Percepta has recruited six graduates to their intern programme across multiple disciplines - from customer research, data analytics, marketing and surveying. Each graduate embarked on a project, where they could deliver real results, see the outcome of their work and keep a diary of skills developed and their achievements.

Graduate interns make up 11% of Percepta's non-Director Glasgow workforce, each of them were recruited through Adopt an Intern. 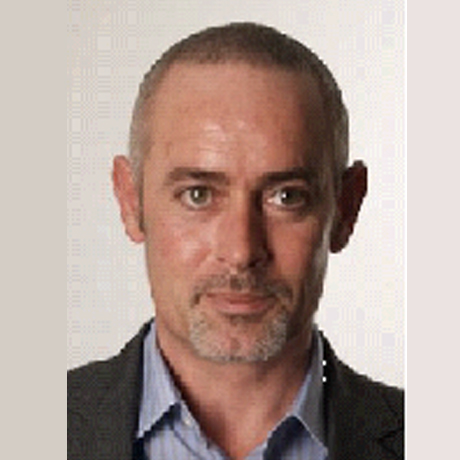 Phil has been a strong supporter and ambassador for Adopt an Intern since the early days. As Chief Officer at Scotland's Town Partnership, Phil has over 20 years experience in the field of Economic Development. Previously working at East Renfrewshire Council, Phil spearheaded East Renfrewshire's Graduate Recruitment Programme in partnership with Adopt an Intern, recruiting over 50 interns and counting. 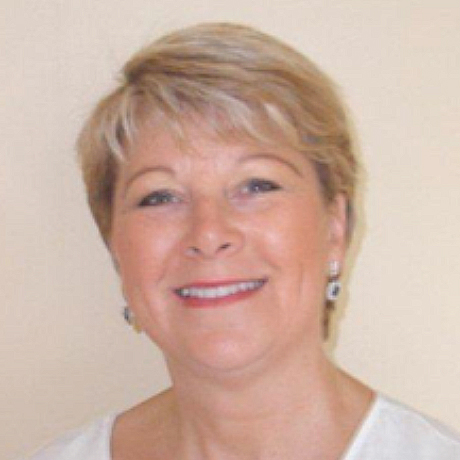 One of the founding Directors of Kynesis, Caroline's background combines over 25 years of consultancy with senior line management experience in Operations, Sales, Human Resources and Retail in blue chip organisations. Caroline focuses on the development of leadership within individuals, teams and organisations to create a more empowered and accountable culture. 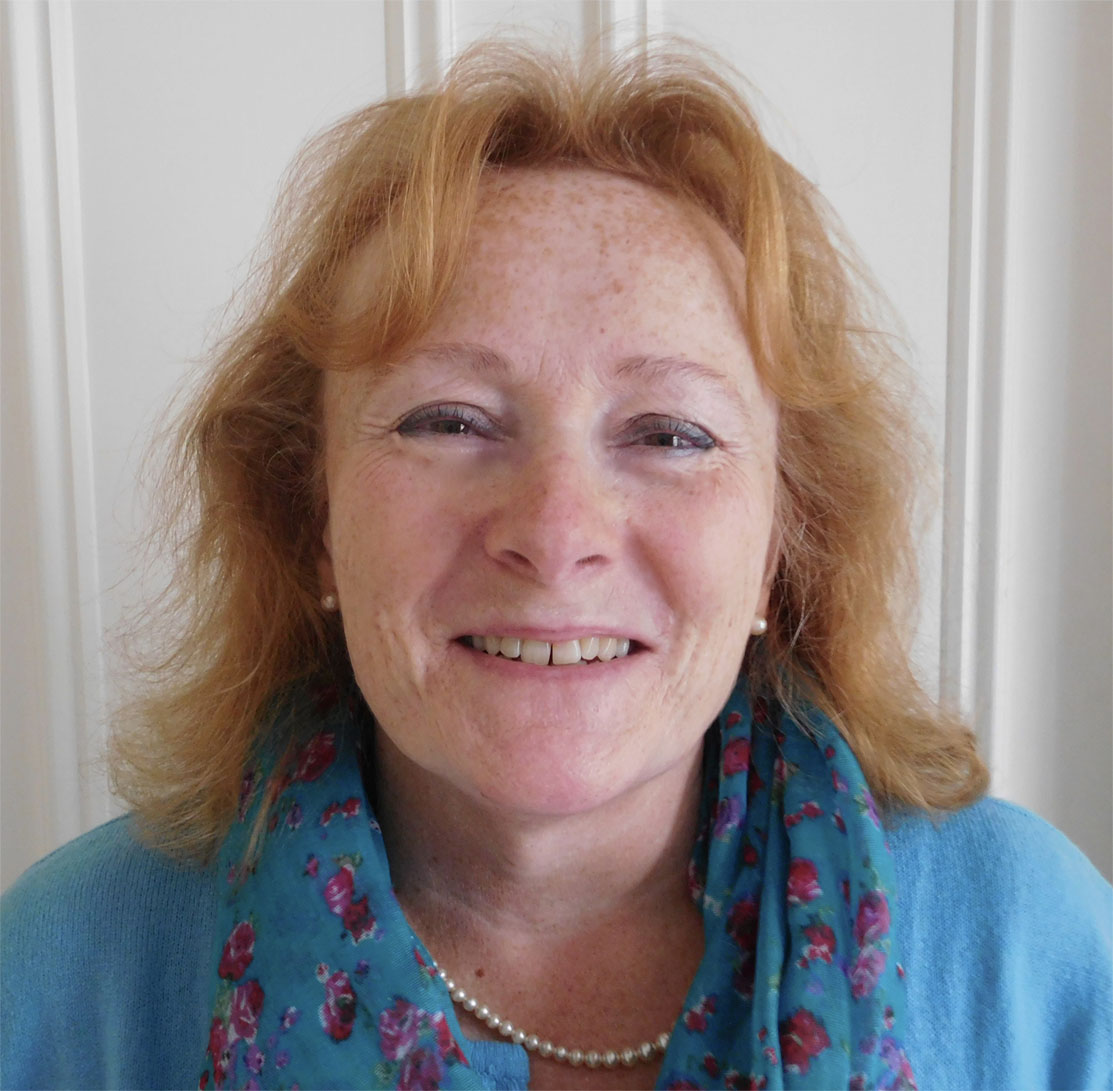 Since leaving the FCO in 2013, Joanna has been using her skills to connect people; in particular she's been supporting graduates by opening doors that may lead to employment. Supporting Adopt an Intern is, therefore, a very natural fit for her whilst she develops her textiles hobby into a business.

Joanna studied French and Russian at Exeter and has worked in Warsaw, Damascus and Lisbon. She developed a taste for fundraising working at CHASE Children's Hospice and for administration at Pennthorpe School.  Showing true entrepreneurial spirit she also set up a gardening and picture framing business with her husband.  Based in England, she not only brings her many skills to the table, but also her enthusiasm for helping people to reach their potential. 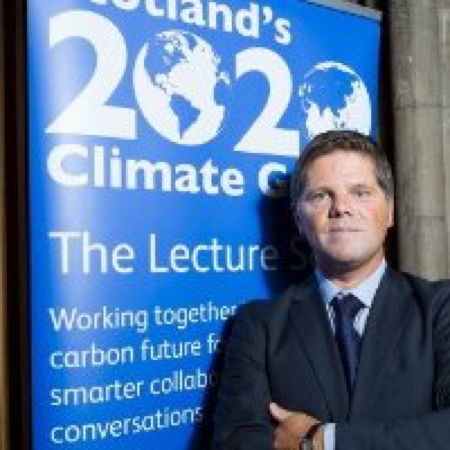 Martin is a passionate enviropreneur with over 25 years experience working in a diverse range of environment and business areas in both the private and public sector.  As a founding member and former Project Director for Scotland's 2020 Climate Group, Martin has established a solid reputation for getting things done. He has helped to establish purposeful alliances and developed effective business development collaborations and initiatives in the private and public sector.

Martin is a trusted adviser who builds credibility quickly, excels in creating consensus among divergent groups, and communicates at all levels to manage sensitive issues and negotiate successful outcomes.