Scots supermodel Eunice Olumide has spoken out about the racism and challenges she faced growing up as one of the few black people in Edinburgh.

The international catwalk star who was first ‘spotted’ in Glasgow’s Sauchiehall Street aged 15, said she coped with the abuse by trying to “block it out”.

Edinburgh-born Olumide, MBE, who grew up in the city’s Wester Hailes and whose career has included working for designers such as Tom Ford, Jean-Paul Gaultier, Prada, Vivienne Westwood and fellow Scot Christopher Kane said: “The racism was just normal. I definitely felt isolated, but I got used to it and became desensitised to it all.

“Then when I tried to get work early on in my career in Scotland I found that I wasn’t getting basic work such as catalogues because Scotland wasn’t ready for women of colour as models.” 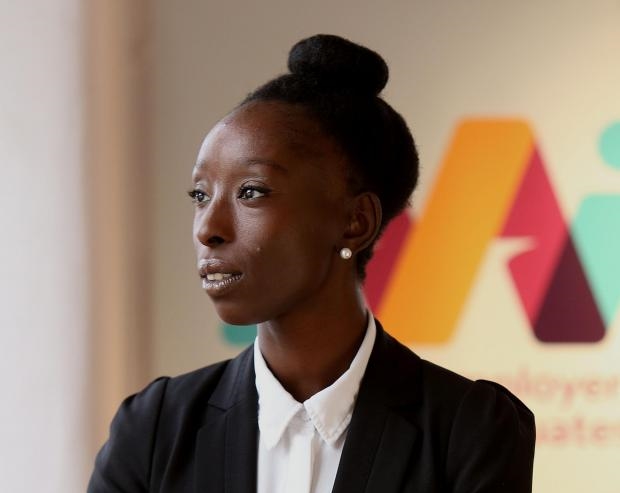 Describing an incident on a shoot in Scotland she said: “I was about 19 years old and the make-up artist didn’t have make-up for black skin. So she just used a dark pencil to scribble on my face. When I spoke up about it I was seen as difficult to work with and not booked by that client again.

Olumide, 29, keynote speaker at yesterday’s ‘Adopt An Intern’ (AAI) event at the City Arts Centre in Edinburgh, gave a speech to ethnic women wanting to return to work.

AAI, a UK-wide body, has arranged 1,400 paid internships for graduates of all ages, the unemployed, underemployed and for black and ethnic minority women wanting to return to work. She spoke to those attending the event of the importance of setting goals and targets and finding practical ways of integrating them into everyday life.

AAI has facilitated 1400 paid internships, including returnships, since founding in 2009, with 13.5% of all applicants classing themselves as coming from a Black or Minority Ethnic (BME) background. During yesterday’s event Olumide agreed to become AAI’s patron.

Michael O’Brien, director of Model Team, one of Scotland’s leading fashion model agencies, said the modelling scene north of the border was gradually becoming more diverse. “So much of what Eunice says is true, but things have changed a lot over the past 10 years.

“We represent a complete range of ethnicities can only supply the kind of models clients are looking for. I work with casting agents who’ve asked me only for non-Caucasian people of colour. “Scotland doesn’t have a huge fashion industry but most people realise you must represent everyone.”