When it comes to interns, you get what you pay for

Joy Lewis wrote the following piece in February 2018 for the Scottish Business Network about the multiple dangers of unpaid internships, on both sides of the hiring desk.

The original interview can be found here.

The recent crackdown by the UK Government on unpaid internships is yet another step in the right direction for ‘Equality of Opportunity’ in this country.

More than 550 warning letters were recently sent out to companies accused of using unpaid interns to do the job of a regular employee. Targeted sectors include media, fashion, performing arts, law and accountancy, where unpaid internships are prevalent.

This builds on the work Adopt an Intern (AAI) has been doing since 2010, and echoes the messages I presented to the Scottish Business Network in March 2017.

Not only are unpaid internships unethical, but they hamper social mobility by excluding those from lower-income backgrounds from career opportunities. A report in February detailed that an unpaid internship in London could cost candidates up to £1000 per month. This limits an employer’s talent pool to those who can afford to take this hit and those who have the bank of Mum and Dad to fall back on.

35% of AAI applicants are the first in their family to go to university. This is a rough means test, but in our experience, these graduates have less financial support and less family connections to help them in their career. They are nonetheless talented and ready and raring to contribute to a company. They simply need to be paid for their efforts.

Last week I was invited to STV News to discuss the Bill from Stewart McDonald MP to end unpaid trial shifts and I brought up another reason why paying for work done is ever more important to a business. In the age of social media, when everyone essentially has a loudspeaker, all it takes is one tweet and with a little momentum, hey presto, irreparable brand damage to a company that “takes advantage of young jobseekers”. 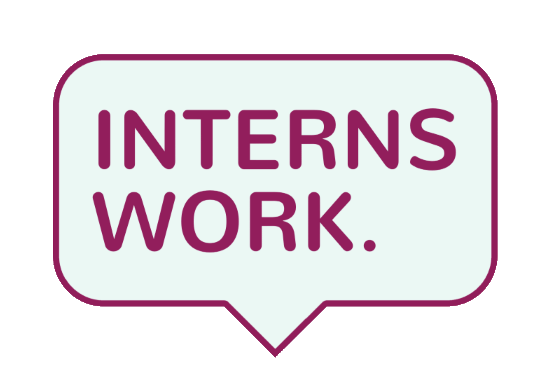 A paid intern who has had a positive experience and goes on to advance their career elsewhere, does so as a brand ambassador for you and your company. Indeed, paying your interns in the short term is much cheaper than paying to appease a PR nightmare further down the line!

We’re now seeing former interns return to us as employers of their own paid intern. They’ve become brand ambassadors for AAI and for their internship employer.

65% of our private sector employers keep their intern on after their initial placement. 75% of interns gain permanent employment in their chosen career within 3 months of their internship.

We encourage employers to use paid internships as a way to ‘try before you buy’; to groom for a permanent position. Equally, a short-term project, without a position at the end, can reap benefits for both parties. AAI employer Gavin Neate of Neatebox recently spoke about taking on an intern;

“Finding someone who has a real thirst and hunger, and getting them fresh when they couldn’t be keener, is like picking fresh fruit!”

A paid-graduate intern will clearly feel more valued and motivated in their work. With a solid contract and the chance to make an impact, they’ll end up paying for themselves in effort.

With concerns over post-Brexit talent pipelines, and more and more companies being targeted for unethical practices, can we really afford to NOT pay our interns and trial shift workers?

Want to talk about what AAI can do for your business?

Connect with Joy on Linkedin.

Promotion of #diversity of race, gender, age, thought and culture creates positive and productive workplaces where collaboration and innovation thrive.